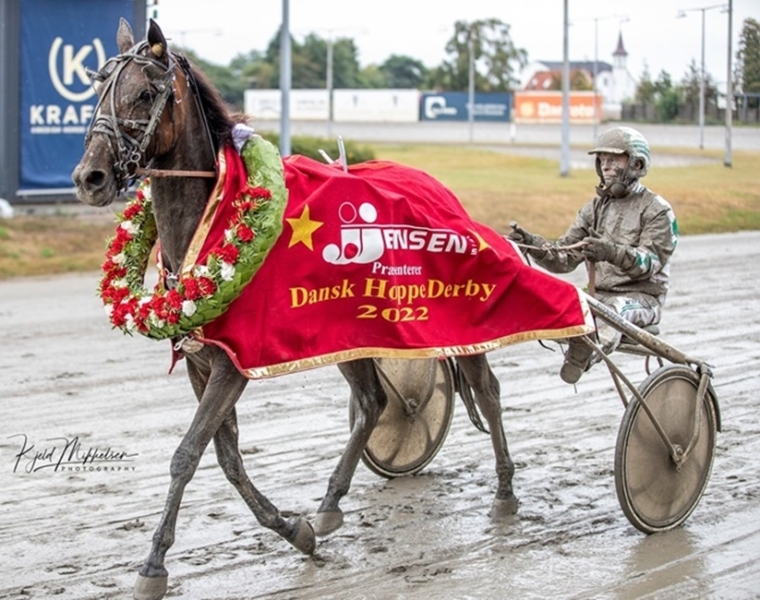 Golden C N – co-owned Thomas Lind-Holm – was the favourit in “Grand Circle 4-års Hoppechampionat” friday night at Skive Trav, but she didn’t have much racingluck.

After a good start Flemming Jensen made his attack in the third position and after 600 meter (500 meters in 1.11) Golden C N came up to the leader.

Targaryan started in a race for 3-yo fillies, where she also got the same position as first on the outside, which later became second on the outside.