The breeding-season is now over and it’s time for an evaluation on our first, hectic season at the farm.

It’s been very joyful for us to welcome six beautiful foals in our first season as breeders. Four were born at our danish farm i Lindknud, while the other two were borned at Silvåkra Gård and PWR Stutteri in Sweden.

Only one of the four broodmares standing in Denmark – right now – are with foal, which is quite disappointing and we have to rationalize before the next season. This single mare, however, is a very special one, Awesome Annie, who is in foal by Muscle Hill. 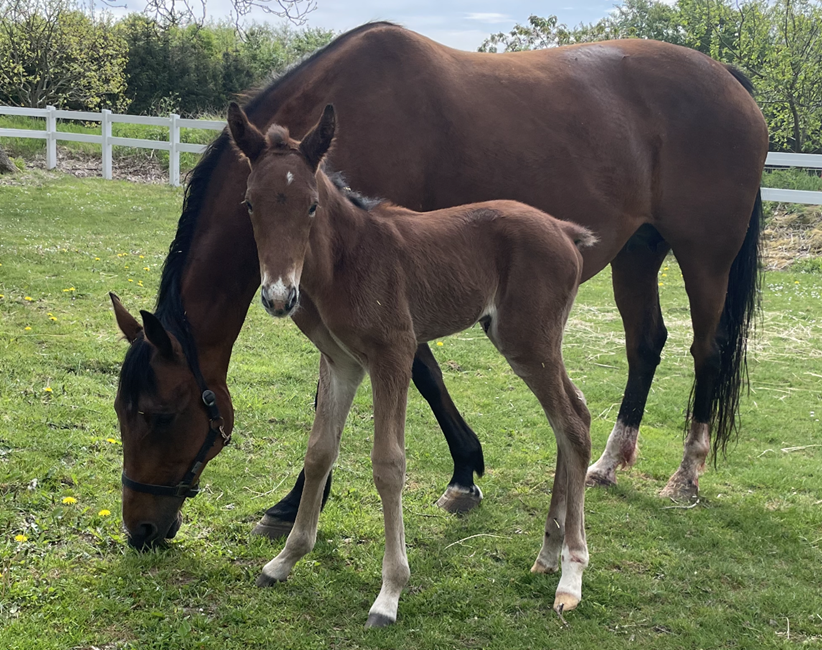 Next year we’re expection eight foals at the farm in Denmark (CLICK on the names for more details):

Wow (in foal by Calgary Games)

U Take The Cake (in foal by Calgary Games)

Isolde Face (in foal by Vivid Wise As)

Pink Drink (in foal by Gimpanzee)

Jolie Journey in foal by Greenshoe)

Supreme (in foal by Call Me Keeper)

We also have Champagne Cocktail (in foal by Chapter Seven) at Silvåkra and Ivy Crown (in foal by Ready Cash) at Haras de Corneville in France. It’s very exciting and we’ll cross our fingers for a “safe journey” for both mares and foals.

This year we have seven empty broodmares, three of the are registrered in Denmark, so the preparation for an early start i 2023 have already begon. Since they’re not going to give birth to a foal, it gives us some opportunities, so probably we will send at least a couple of broodmares to France.

We’re really looking forward to next year, but first it’s almost time to seperate the mares from their foals. At home we have to after International Moni, one after Brillantissime and one after Maharajah – three colts and a filly. In Sweden two after Nuncio and Muscle Hill, who are staying in Sweden to be prepared for the auctions next year.