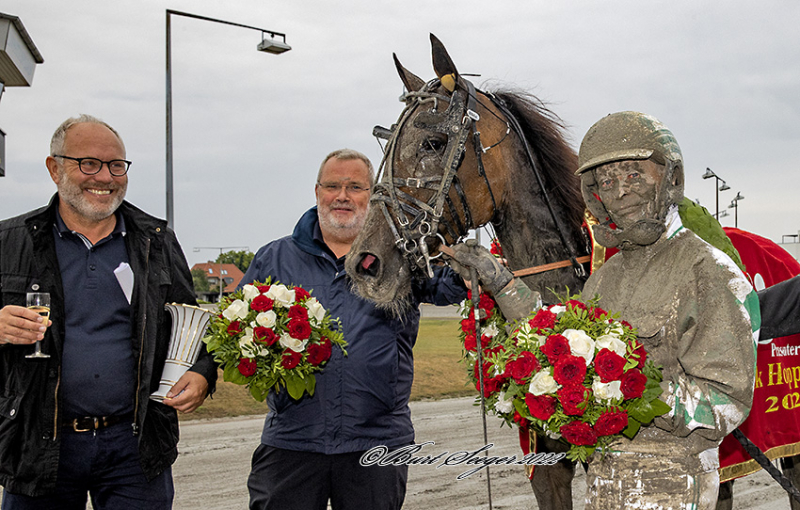 Saturday Golden C N – co-owned with Thomas Lind-Holm – was racing at Bjerke Racetrack in Oslo in “Axel Jensens Minneløp for Fillies” with the norwegian driver Asbjørn Tengsareid in the bike.

With 700 meters left Golden C N had the chance to get out and down the stretch she made her attack, but unfortunately she made a break when the driver tried to shift lanes and Golden C N was disqualified.

Offday for B G Pastor Jonte
Scroll to top