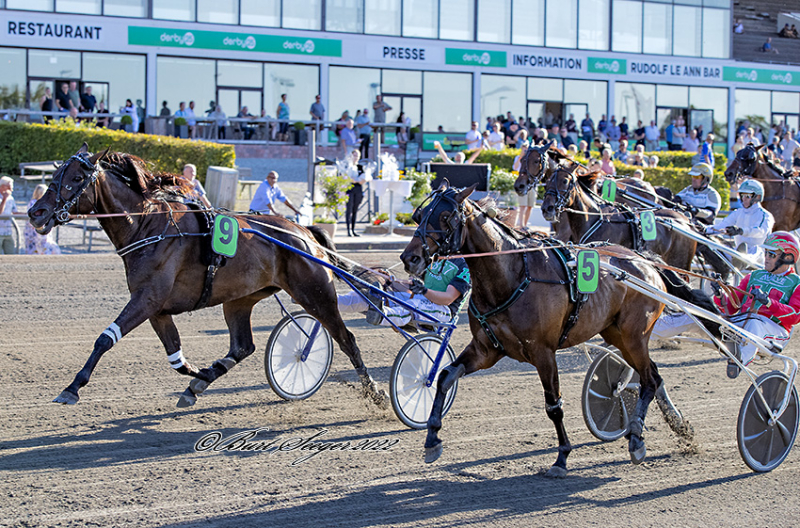 Recently we bought 50 % in the 4-yo trotter Golden C N (Thomas Lind-Holm, Stutteri Dust owns the other half) and today she made a strong performance in her first start for Flemming Jensen finishing third in her qualification for “Dansk Hoppe Derby” (Derby for Fillies).

She got a good position from the start – second on the outside, which became third on the outside when the later winner Gaby Kyvsgård made her attack after the first 800 meter.

Golden C N made HER attack with 5-600 meters left, men Gaby Kyvsgård and Gloria Line were too good and she finished third in 1.14,1a/2000 meter.

Next start will be in Dansk Hoppe Derby on August 27th.